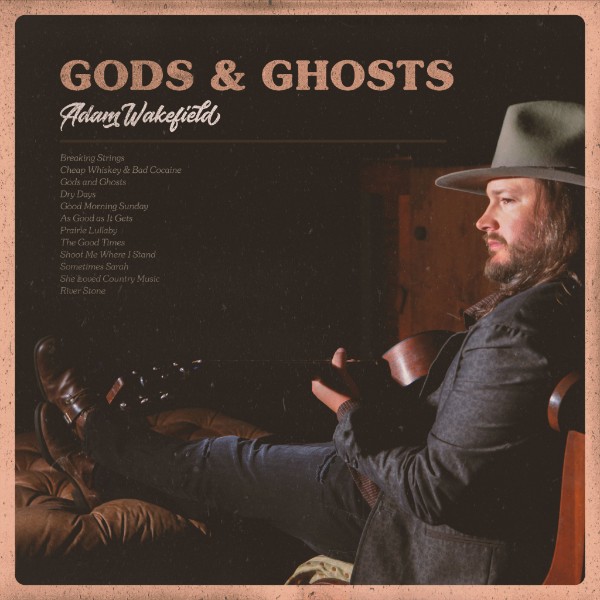 From the poignant and vulnerable title track to the soulful, upbeat
“Breaking Strings,” the album shows a side of Wakefield he doesn’t often
yield to fans.

“I picked twelve of my best songs, called up three of my favorite
musicians, and recorded the album I have been waiting my whole life
for,” said Wakefield. “This is the first time I’ve had complete freedom
to record the songs I wanted, in whatever way I wanted. The process was
scary, but so rewarding. There’s a long list of people that have
supported this record and put their faith in me to produce something
extraordinary, and I truly believe we did the songs justice. This record
represents the truest version of me.”

The album features three singles released earlier this year –  “As Good
As It Gets,” “Dry Days” and “Cheap Whiskey & Bad Cocaine,” plus nine
other tracks – all written or co-written by Wakefield.

“The roots-music community’s newest renaissance man,” (Rolling Stone), Wakefield first turned heads after a run on NBC’s The Voice,
where superstar Blake Shelton said of the singer, “It’s guys like you
that get me so excited about the future of Nashville.” His first
post-show release, single “Blame It On Me,” quickly garnered over 1
million streams on Spotify.

9. Shoot Me Where I Stand

Recognized in 2017 as one of Rolling Stone Country ‘s “10 New Artists
You Need to Know,” Wakefield didn’t intend on becoming an artist. In
fact, the New Hampshire native’s original goal was to become a musician.
But a move to Music City quickly cemented his place as a lead on every
stage he played.

After being discovered one night at a gig in Nashville by someone from NBC’s The Voice,
Wakefield landed a spot on Team Blake and was ultimately named Season
10 Runner Up. His newfound name recognition was the catalyst to pursue a
solo career and he subsequently released his debut self-titled EP in
July 2017. Soon after signing with Average Joes Entertainment earlier
this year, Wakefield released new singles “Dry Days” and “Cheap Whiskey
& Bad Cocaine.”