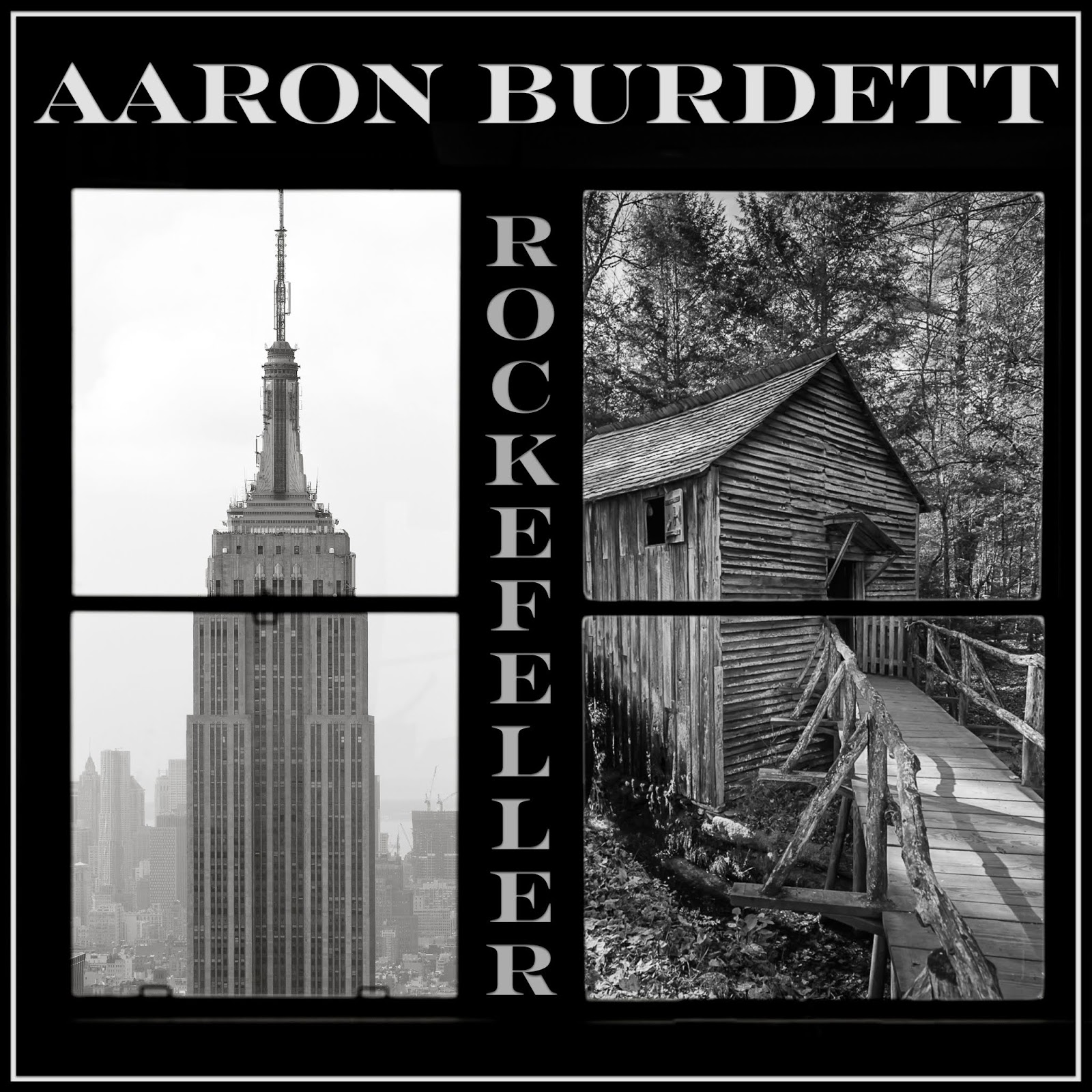 Aaron Burdett’s
music tells stories about life as reflected in the mind and felt in the
soul of a southern Appalachian. Stories that are authentic, intense,
wise — and occasionally, at least a bit humorous.

The Western North Carolina-based native’s new single, “Rockefeller,”
is mountain music that speaks to the modern age. It’s part satire, part
comedy, peppered with a dash of protest. Above all, it’s a vivid look
at the working class mindset of a character staring out at a world they
feel both alienated from and at peace with.

In
a new step for the singer-songwriter, the music here is bluegrass in
form, with a banjo-driven energy that perfectly underpins Burdett’s urgent, muscular vocal. The result is lighthearted and entertaining, yet unmistakably perceptive.

As Burdett notes, “‘Rockefeller’
is, on the surface, just a fun song about wishing for more than you
have and being envious of others. I like to write from the vantage point
of someone here in our region say, in the 1930’s or 1940’s. Dig a
little deeper though, and the song brings in hints of the income and
economic inequality that’s such a big part of our mountain history, both
100 years ago and now. But then the chorus is all about making do and
being content with what you do have. So it’s a song with a few layers to
jump back and forth between.”

With a fiery bluegrass sound that features stinging harmonies from regular bassist Kim France, “Rockefeller” ultimately comes across as a new version of an old kind of ballad — one that comments perfectly on a current cultural reality.

Creating music isn’t a means to an end, it is an end with a meaning for
Aaron Burdett. Writing and creating songs is rooted somewhere deep in
his psyche; it’s something that can’t be denied and must be shared. His
lyrics are soul-touching, intelligent, witty, and poetic all at once,
while his music style is a seamless blend of Americana, country, blues,
bluegrass, and folk-rock that cohesively creates a story.  The result is
a distinctive, personal approach that’s earned him a growing list of
accolades, from winning Our State Magazine’s Carolina Songs competition
in 2012 with “Going Home to Carolina” to inclusion on WNC Magazine’s
list of the top 10 most important musicians of western North Carolina,
alongside such greats as Doc Watson, the Steep Canyon Rangers, and the
Avett Brothers.

Aaron’s
writing is as prolific and genuine as the man. He grew up the oldest of
three boys in the fairly isolated small town in Saluda, NC, where the
Blue Ridge meets the Smoky Mountains. When Aaron was about 10 years old
he was introduced to the music of Cat Stevens, the first of many musical
influences that include the Grateful Dead, Led Zeppelin, Doc Watson,
Tony Rice, Norman Blake, and David Grier.

During
his teen years, Aaron found his tenor voice in a choral setting and,
performed in musical theater. In 1992 he went to the renowned Governor’s
School of North Carolina for choral music. In his 20s, he played
extensively in Boone, NC and owned a music store that sold instruments
and offered lessons.

No stranger to hard work, Aaron’s sense of adventure took him across the
country working on various types of farms and ranches. While many
mainstream country singers pay lip-service to the blue-collar working
world, Aaron’s songs come from his life experiences.

After
seeing a lot of his friends and musical colleagues struggle to be
full-time musicians, sometimes at the cost of their marriages and family
lives, Aaron moved back to his hometown and decided to go another
route. He started a construction business, built a home for himself and
his wife, and started a family, all while continuing to write songs and
playing music, recording an album every year or two. In 2013, Aaron
decided to pursue music in earnest, so fast forward to 2019, and his
distinctive clear voice has carried his dream into a successful career.
Aaron’s songs effortlessly transition from solo performance to full
band, with equal emotional impact on audiences.