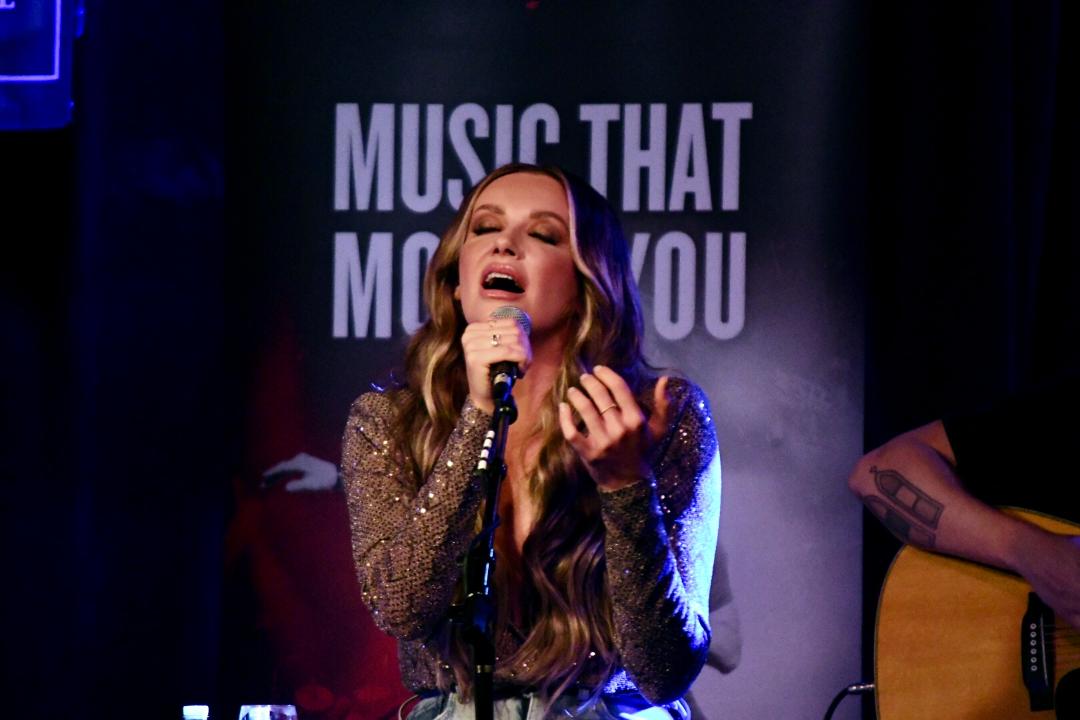 The 30th Annual Tin Pan South Songwriters Festival is now one for the history books and will be long remembered by the enthusiastic audiences that enjoyed the shows and the songwriters who entertained them.

Tin Pan South – the largest songwriter festival in the world –  was established in 1993 by the Nashville Songwriters Association International (NSAI). The Festival was once again presented by Regions Bank and back on track after a two-year pandemic-related hiatus. Over 400 uniquely talented songwriters spanning multiple genres played live, showcasing their hit songs sharing the stories behind them, and premiering new and unreleased songs in intimate settings over nine venues across Music City.

To truly pick ‘highlights’ from this year’s Festival is an impossible task: the phrase, “You had to be there” really applies to Tin Pan South. With multiple shows running concurrently at different venues across Music City, I was forced to make some difficult choices, zipping between venues via Uber and Lyft.

One of the many shows on Night One was the Songs for Sound Benefit show at the Elliston Place Soda Shop.  Songs for Sound is the official charity of the 30th Annual Tin Pan South Songwriter’s Festival 2022 – they use a passionate and compelling story about hearing loss and music to create awareness, increase access, and encourage action surrounding hearing loss. SFS aims to serve 250k people by 2025. The lineup includes Eric Dodd, Makayla Lynn, and Jason Tucker. More info about Songs for Sound at their website https://songsforsound.com.

Every night presented memorable and moving moments.  However well I know a song and the songwriters who wrote it, there are always “I didn’t know that” moments during the rounds when a writer shares the story behind the song from the perspective of the creator. Frequently, the audience could be heard singing along and taking the opportunity to preview new songs that have not yet been released.

Surprise guests, including the recording artists who charted with the songs, were in attendance at several of the shows, including Morgan Evans, Jameson Rogers, and Mackenzie Carpenter who all hopped up on stage during the ‘Hits From The Tape Room!’ round at 3rd & Lindsley (stage sponsored by Visit Music City), Callista Clark who appeared at Listening Room Cafe, and Tenille Arts surprised the audience at the Hard Rock Cafe (stage sponsored by Musicnotes) during the round presented by HOT 106.7.

This year’s Tin Pan South included the first-ever ‘in-person’ NSAI Member Awards, presented by Regions Bank. During the ceremony, I was surprised to actually receive a medallion myself – an unexpected honor.

Wrapping up after five unforgettable days of awe-inspiring shows, it was apparent that songwriters and festival-goers were ready to make up for lost time and celebrate the festival’s 30th Anniversary.

Established in 1967, the Nashville Songwriters Association International (NSAI) is the world’s largest not-for-profit songwriters trade organization and has a membership of more than 5,000 spanning the United States and eight (8) foreign countries. More about NSAI here http://www.nashvillesongwriters.com.